Note the most important Oktoberfest rule!
2022.09 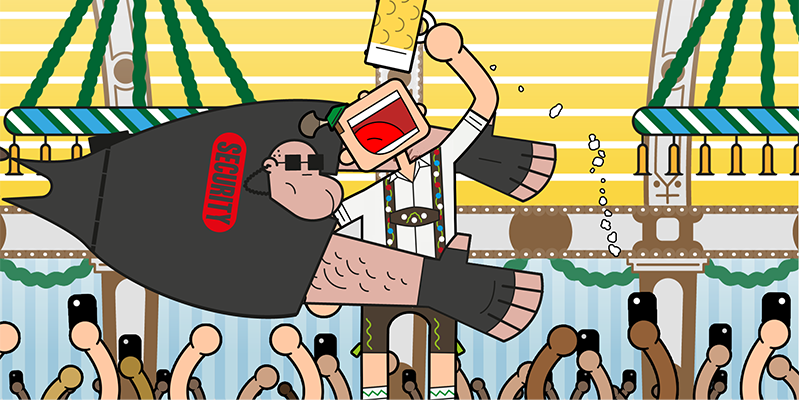 The Oktoberfest (or for locals: the Wiesn). For some the purest drinking hell, for others the most beautiful time of the year. For all newcomers, visitors and guests from all over the world, we have the following tip in the form of an animated GIF. Well then, enjoy yourselves and cheers to a fun Wiesn 2022.

Watch out, or you'll fly out of the tent!

In the past, you were allowed to smoke as much as you wanted in the tent and you did NOT go to the Oktoberfest in lederhosen or traditional costume. That changed after the Olympics in Munich, but that's a whole other story ...

How was this character animation created?

This is classic motion graphic design, which is animation that comes from distorting and changing graphics. For this type of animation we use adobe After Effects. For the creation of these illustrations we mainly use adobe Photoshop. You can see that not everything goes smoothly in our Making Off! Wonderfully weird :D

» Here you can find more animated GIFs on other topics.