Corporate films, also called image films or corporate teasers, are an important building block for companies that either want to establish themselves or update their online presence. For interested customers, a short, high-quality produced teaser film can be exactly what they are looking for.

With professionally created corporate films, a company can show its values or focus on a specific product within a few seconds. Exactly matched to the corporate identity of the company, the film fits seamlessly into the corporate identity and the company campaign. For interested customers, the advantage is clear: they get the information they need in the shortest possible time and thus have a convenient decision-making aid. This leads to measurably more interactions.

You can also find more exciting facts and background information on our corporate film page.

But a film is not everything!

But it is also important that an excellent animated film alone cannot develop its full impact. A good overall concept and a well thought-out campaign are important. Important questions could be:

» Where will the film be placed?

» Is the film used for internal communication?

» Will the film be used for advertising ads?

» For example, is there a social media campaign?

With our animated teaser film for AMCM, we support the spearhead of German engineering. AMCM offers customized additive manufacturing systems (3D printing) for any size and complexity. How can complex processes and endless possibilities be presented in a simple and appealing way? See the answer in our brand new corporate teaser! 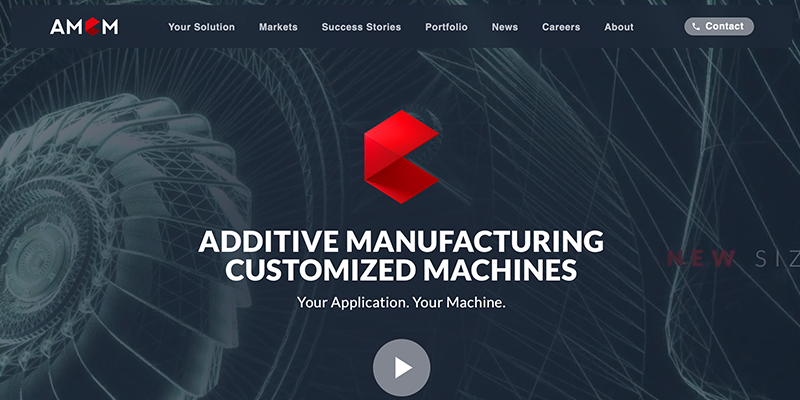 The film was integrated directly on the homepage of the company website and immediately conveys what it's all about within a few seconds. Technology in perfection! The teaser is also played on the official YouTube channel. Here, a consistent appearance is the key to success! The social media channels and all other platforms on which a company presents itself should also be visually and tonally the same.

See you soon, your Weltenwandler