A while ago, we world changers supported the indie studio Solar Powered Games from Munich in their Kickstarter campaign for their game Highrisers. Over the last few years, the team has been working diligently on the release and has since released it. This is a good reason to take a closer look at the Kickstarter project for you.

With animated Kickstarter films to success!

Of course, many things are still important for a successful campaign. A strategy to generate attention, a precise schedule for actions and good texts. But videos are an essential part of generating sustainable attention. For this game we developed a game trailer. For this we brought the existing pixel graphics to life with frame-by-frame animations and visually enhanced the gameplay scenes. Original game GIFs were also used in the clip.

In addition, there were several character trailers that introduced potential backers to the game's characters. We also animated the company and game logo with great attention to detail and integrated them into the films. In this way, all the videos create a coherent overall picture.

The game has been found!

The videos were integrated into the extensive campaign and it paid off! The video game was successfully funded! The start of busy years for the developers (which are indeed still ongoing).

Highrisers is a pixel-styled urban zombie survival RPG for the PC and IOS. In a world destroyed by zombies, the controllable team of four main characters have retreated to a skyscraper, and are now trying to survive each day anew, and maybe even somehow get the helicopter on the roof to work. To accomplish this, the player must explore, craft, develop, research, fight and hope. Thus the player has many opportunities and freedoms to face the nightly hordes of undead and constantly evolve.

Here is the original text:

"Highrisers is a pixel-art survival retro game for the PC. Guide a team of 4 survivors through an urban wasteland of abandoned skyscrapers and high-rises, where the streets are crowded with the mutated victims of a mysterious disease. Try to survive all this and somehow get out of the city." 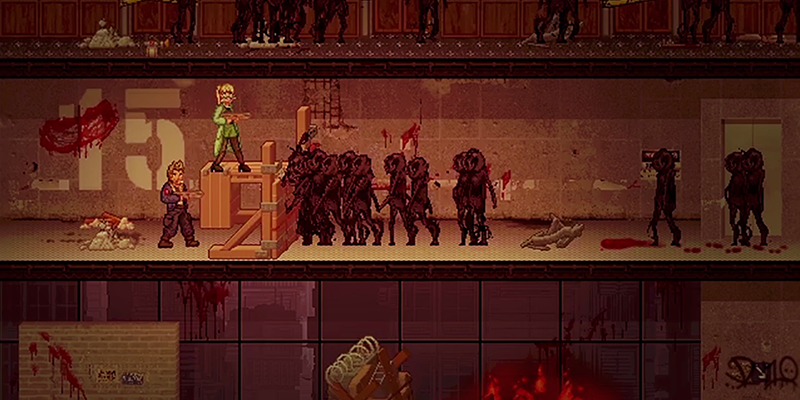 The campaign was a while ago, but since then the team has been working steadfastly on the implementation.Since July 2021, you can now buy and play Highrisers on Steam or MMOGA kaufen und zocken. Take a look, it's worth it (not only for pixel art fans)!

We are here for you

What else we can offer for interactive media clients (software, website, UI/UX, games) can be found on This overview page. If you also need support with your campaign or trailer production, get in touch with us! We''ll be happy to help you in a straightforward and transparent way.